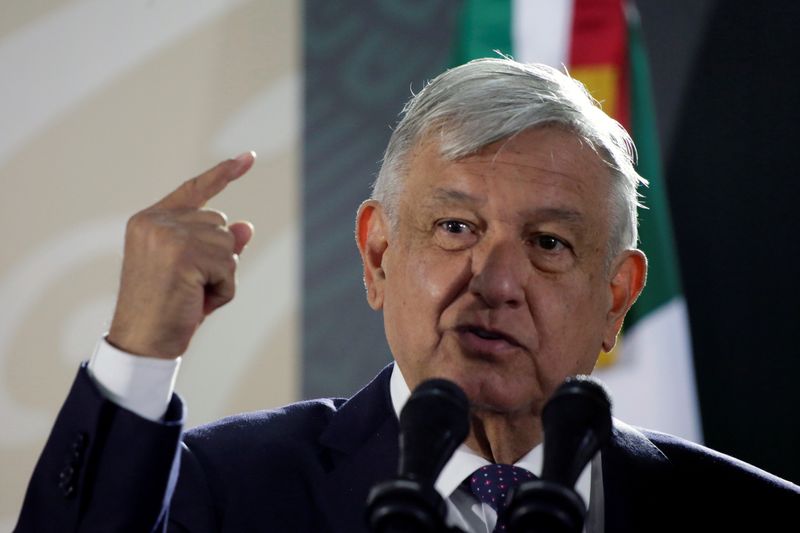 MEXICO CITY (Reuters) – Mexican President Andres Manuel Lopez Obrador said on Wednesday he will send Congress a proposal crafted by the Supreme Court that aims to strengthen the judiciary to combat corruption and abuse of power within its ranks.

Speaking during his regular morning news conference, Lopez Obrador said he will send the proposal to Mexico’s Congress on Wednesday morning.

“A minister of the supreme court presented us with a draft initiative that we support and we will sign to send to congress,” Lopez Obrador said.

The aim of the reform is to strengthen the judiciary to combat corruption, impunity and abuse of judicial power, Supreme Court Minister Arturo Zaldivar said during the news conference.

Reuters reported on Monday that Mexico had scaled back a planned judicial reform that alarmed rights defenders and caused a backlash within Lopez Obrador’s Cabinet.

The guys who get the proposal are the bad guys. How can corruption fix corruption. Just look at the AMERICA K-ST. In bred criminals who think this is the best but only for them.